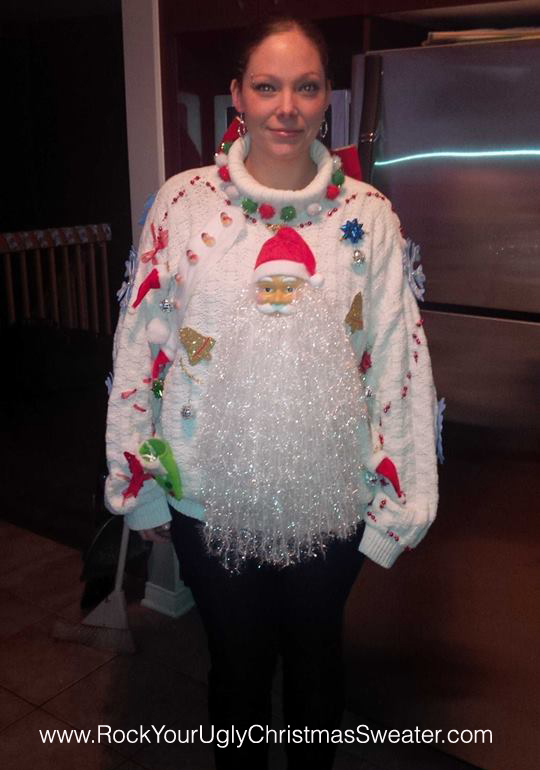 That’s quite a beard! Photo from Bonnie Mcintosh

Bonnie Mcintosh from Ottawa, Canada submitted this outstanding photo of a truly epic ugly Christmas sweater, featuring what may be the largest Santa beard we’ve ever laid eyes on.

We like the accents, too, especially the little Santa hats and bows. They really pop.

And that’s a ring around the color that one can be proud of!

Bonnie told us, “This is Mel’s epic ugly sweater. She is my second cousin and very competitive. They did not give out prizes but they did say if they would have she would win. I think she SHOULD win with you guys.”

We agree! Thanks for sharing.

One Response to One Epic Bearded Santa Sweater