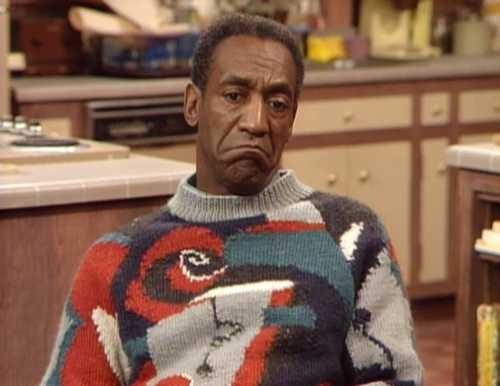 Bill Cosby didn’t invent the ugly sweater, but he sure put them on the map.

Bill Cosby is often considered the original father of ugly sweaters, since he rocked so many great ones on his beloved 1980s TV show. Of course, we at Rock Your Ugly Christmas Sweater know that ugly sweaters long predate the Cos, but we still have to give a big salute to the man who really helped get the word out about the awesomely tacky.

Which Bill Cosby sweater was your fave?

This site uses Akismet to reduce spam. Learn how your comment data is processed.