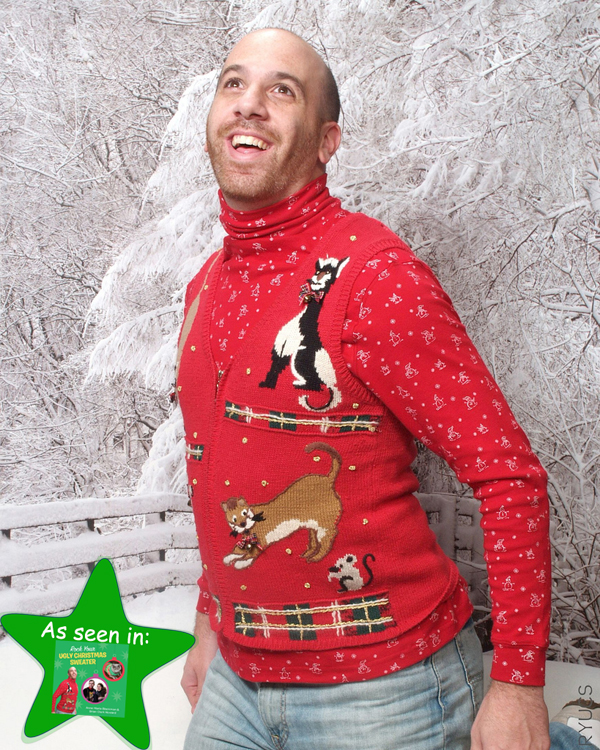 Jason Yormark had this epic photo made a few years ago to encapsulate the joy of the season. Photo: Courtesy of Jason Yormark

Jason Yormark lives in Seattle, and a few years ago he decided to capture the spirit of the Christmas season by doing a humorous photo shoot at an old-school  studio. The result is the picture above, which has been widely shared across the internet, and is often cited as one of the funniest ugly Christmas sweater photos around.

Jason wonderfully captures an expression of pure glee, as he revels in the ugliness of his sweater and the contrast with the snowy backdrop. He embodies the fun and naivety of the season, while puffing out his chest and “rocking it to 11.”

Jason generously let us use his epic photo in our book Rock Your Ugly Christmas Sweater, and it’s perhaps no surprise that we picked it for the cover.

Yesterday, Jason told us via email that he has enjoyed the attention. “Hilarious. Been one hell of a response,” he wrote.

2 Responses to Meet Our Cover Model