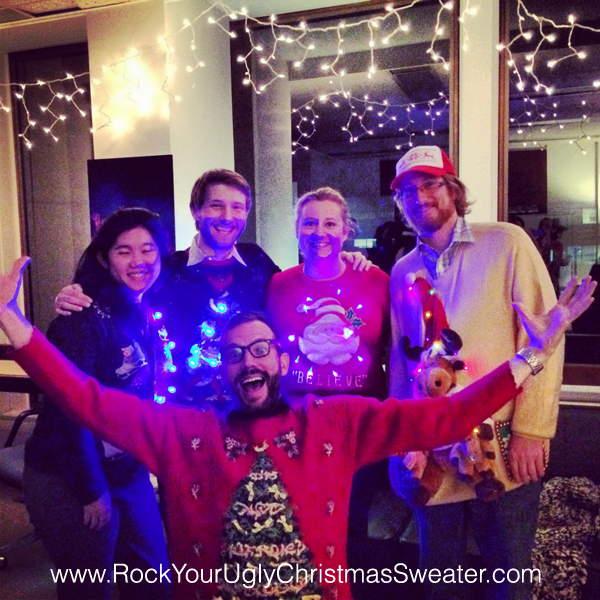 Rejoice in the ugly! Photo: RockYourUglyChristmasSweater.com

The other day our office threw a holiday party, to blow off some steam after a lot of hard work. The theme was razzle dazzle/ugly Christmas sweaters. And my coworkers rocked it!

There were sequined pants, shiny vests, and tacky sweaters a plenty. Several people made their own ugly sweaters, using iron-on graphics and bits of felt. Others dragged out vintage sweaters from their attics.

I brought the big guns, some very ugly sweaters with lights, which I lent out on a first come, first serve basis. As the pictures show, they really lit up the night.

We sipped hot buttered rum and noshed on homemade treats, while giggling at all the festive finery.

What did your office do for the holidays? 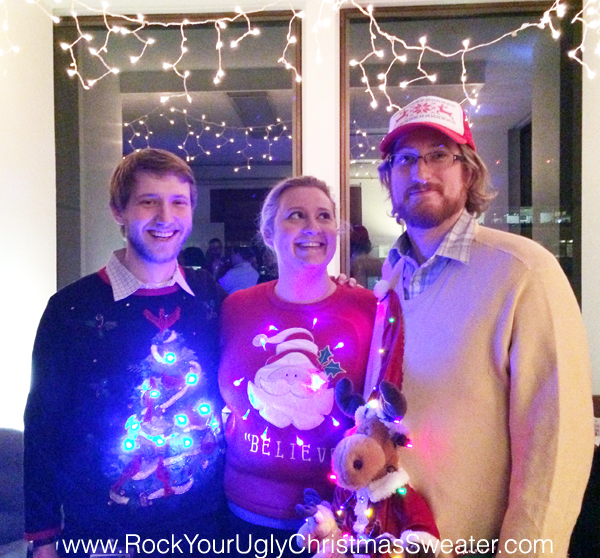 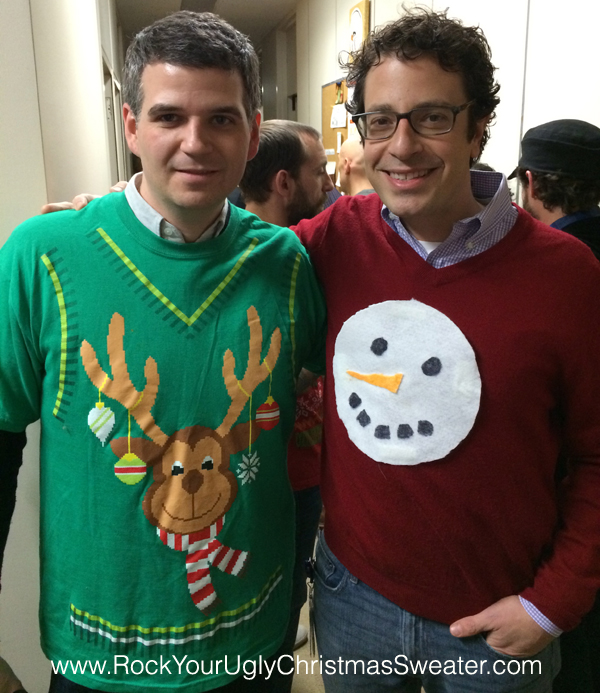 The “sweater” on the left was pre-made, but the one on the right is an ugly original. Photo: RockYourUglyChristmasSweater.com 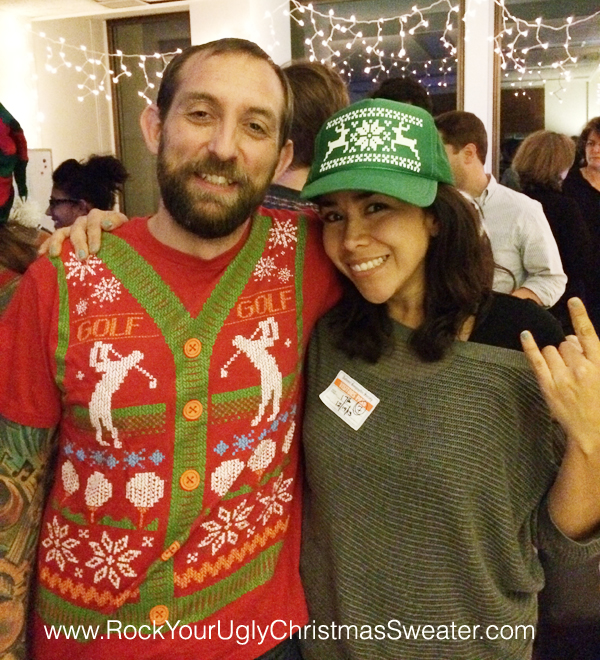 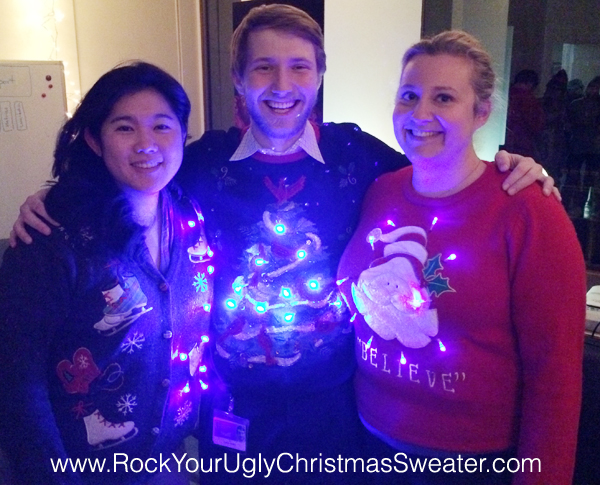 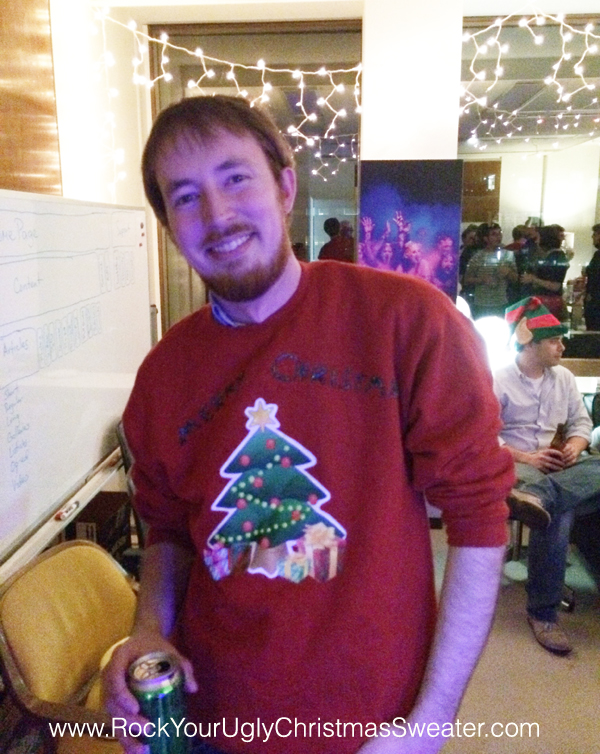